I am passionate about the digital humanities. There is good reason for this. Many of its values are principles that I perceive are important when it comes to making and sharing knowledge. Maybe I also want to be at the intersection of what I view as cutting edge dissemination of information in the academy. I belong to HASTAC, and participated in several Feminist Technology classes #TechnoFem: one at Barnard, sponsored by The Brooklyn Institute, several feminist Wiki edit-a-thons, and I’ve registered for the Feminist Scholars Digital Workshop, June, 2015. I’m not a “coder” but I’ve been building websites on every available platform since the technology became widely available. My individually designed Master’s degree in Mother Studies is a combination of Women’s and Gender Studies and the Digital Humanities, approved by CUNY, The Graduate Center. My final project for DH Praxis class was working with a team to build an online, underground, guerrilla radio project called CUNYcast.net. The first all day broadcast for CUNYcast will be the Annual Academic M.O.M. Conference. While one could do Mother Studies scholarship without the Digital Humanities, it is significantly enhanced by it. Why? The Digital Humanities are concerned with thinking about the making of the thing, and the making of the thing. Some of my posts on the Academic Commons include reflections on this aspect of DH.

The following are excerpts from an essay #Hacking Motherhood in DH

On September 18th Steven Jones came to speak to the first semester DH Praxis class of 2014. He began his lecture as an essay, which he titled “An Attempt to Explore and Explain How We Got Here.” He then shared a slide of what appeared to a constellation, but was really a snapshot of the internet grid. My first gasp was how much this image emulated a “God” like creation-quality. So I googled “religious god-([1]) pictures of the  constellations (download full essay to see images). But, I muffled my “Oohs and Ahhs” as he progressed to the power point slide that pictured the first digital project, pioneered by IBM in the 1940s. Father Roberto Busa worked withIBM on punch cards (the early version of what we now recognize as digitizing) to document the works of St. Thomas Aquinas.[2] Let me acknowledge that the main purpose of making these observations is to point to a sociological lens through which we perceive dominant discourse. In other words, the fact that the first work translated in DH (or the origins of DH) is by a Catholic priest is most telling. Whether we are making an accounting of our academic roots inCambridge in England, or scoping out the history of our own Harvard University, founded in 1935 as place of religious training for men, my point is that much of our intellectual inclination stems from monastically influenced sources. As a procreator, what then does a monk know of maternally inclined intellectual thought? We have already assumed knowledge comes from a distinct source, and have legitimized its presence within DH and the academy. It could be proposed that other bodies of intellectual pursuit could, can, and must be cultivated, and that we must deconstruct knowledge itself in the making of DH theory; asking how else can this be viewed? Have multiple positions and perspectives been consulted? How are our pursuits improving or making better wo/mans holistic evolution? Does intellect only come from the brain? Or is there another kind of intellect that could translate to logical wisdom and replicated to inspire superior forms of education? In Jones’s “Attempt to Explore and Explain How We Got Here,” perhaps the counter question should be the obvious, but less discussed, “You Got Here Through A Mother.” 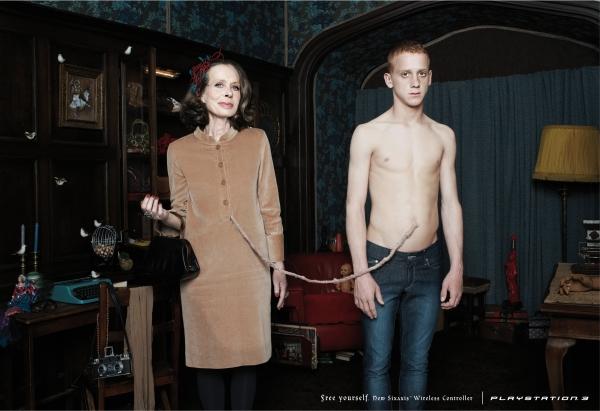 I am not sure DH wants Mother Studies? But, I want DH even if the relationship is a Hybrid one (Click to read more about Hybrid here). I do consider myself a digital humanities scholar, and I do aim to bring these tools and this theory to bear when constructing the Journal of Mother Studies. I hope that in future instantiations more and more tools may be included. For example: data mapping of gender language when disseminating mothering, or caregiving models, interactive maps to determine where Mother Studies is being taught around the world, birth games; designed and introduced online, and platforms like CUNYcast to enhance interactivity and discussions around important topics as they emerge. What do you think? Add a comment below.

Thesis feedback from one of my professors:

My concerns, which are relatively minor—and which we’ve discussed before–have to do with  your framing this as a DH project: I simply don’t think this frame is necessary, and think it is a distraction. What’s important are the values you want to be encoded into the process of this journal. The notion of open access, in all its richness, yes, is prevalent within many DH discourses… but they are not the same thing. I think it would be more powerful and potentially more impactful if you posited this journal as an open access journal, rather than as a DH journal. You can reference DH as an influence, and note the affinity and relationship of your work to traditions within DH. But you also want to build relationships with disciplines (like sociology, biology, psychology, etc.) for whom, for one reason or another (good and bad), a strong DH branding for the journal might be a turn off. – From LW, DH Praxis Class 2015, CUNY, The Graduate Center